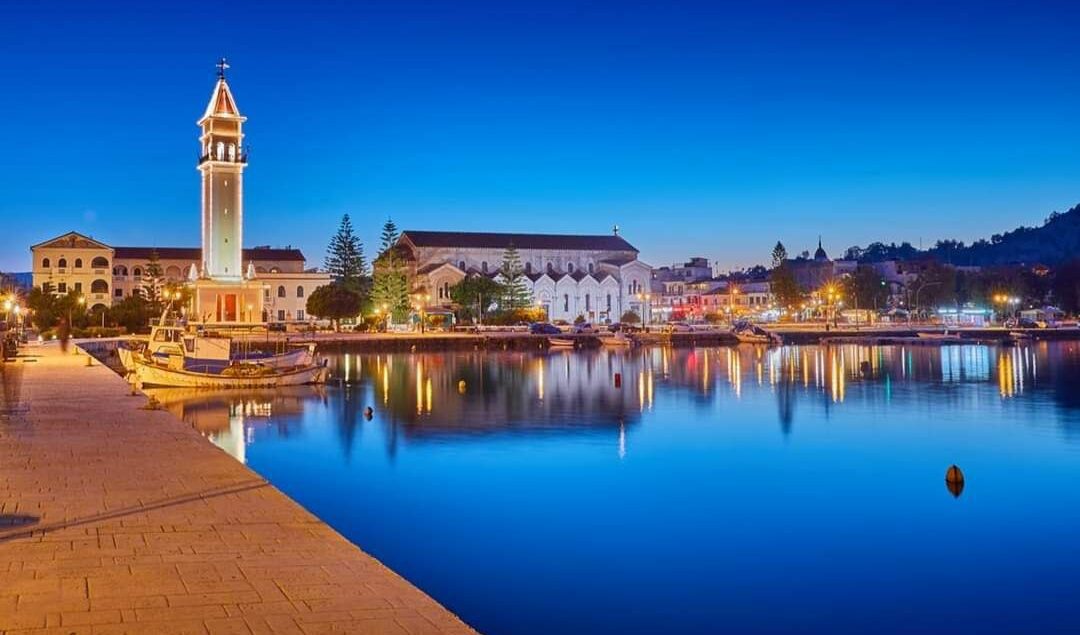 St. Dionysios is the patron saint of Zakynthos and was born in Zakynthos in 1547. He was born to a wealthy,
noble family and was baptised Draganikos Sigouros. In 1568, at the age of 21, following the untimely death
of his parents, he decided to enter the priesthood and to assume a life of monasticism. At this time he was
given the name of Daniel.
He spent the next few years travelling between the monasteries of Zakynthos and Strofades (a small island
south of Zakynthos). St Dionysios gained much respect from the clergy and people in both places, and in
1577 he was ordained Archbishop of Aegina-Poros. His name was changed to Dionysios in honor of St.
Dionysios Aeropagitis. With the ordinations that were bestowed upon St Dionysios, it seemed that a
special gift was also bestowed upon him. The many blessings, which he granted to his people seemed to
produce miracles and caused his popularity to grow even more. He served as the Archbishop of Aegina for
one year before feeling the need to return to Zakynthos.
Among the many blessings and miracles for which St Dionysios will be remembered is his unbelievable act
of forgiveness. In December 1580, St Dionysios' brother, Konstantinos, was murdered by a man, who in
trying to flee from the authorities, found refuge at the monastery where St Dionysios served as abbot.
While at the monastery, the murderer confessed the sin to St Dionysios, who not only forgave him for the
crime, but hid him from the soldiers and helped him escape across the sea to the shores of Kefalonia.
In the spring of 1622 he was faced with serious health problems and on the 17 th December 1622 he passed
away. At his request he was buried at the Monastery in Strofades. Several years later, when his body was
removed from its grave, his remains were not only found to be intact, but his body emitted a mixed
fragrance of flowers and frankincense. In 1703, the Orthodox Church in Constantinople declared him as a
Saint and protectorate of Zakynthos. The memory of St. Dionysios is celebrated on the 17 th December, the
day of his death.
On the day before the celebration at 11am the casket where St. Dionysios' body rests horizontally is
opened and is moved into an upright position. Gunshots, cannons and ship sirens can be heard, signaling
the start of the celebrations.
There is a procession on 17 December and as St. Dionysios passes by the crowds they are able to see his
body, which has miraculously been preserved for nearly 300 years and also catch sight of his famous
slippers that are perched on his feet. People will cross themselves and the truly religious will lie on the
road allowing the glass casket to pass over the top of them in the hope and belief that the Saint will
perform a miracle for them and take care of them.
The casket is kept in an upright position in the church for the 3 celebration days allowing believers to visit
and be blessed by the Saint. Following the three days of celebration, St. Dionysios is returned to his silver
casket.